STORY OF THE GAME

Stoke squandered a two-goal lead to hand lifeless Swansea an unexpected point at the Britannia Stadium.

Ibrahim Afellay marked his 30th birthday in style to head Stoke in front early on as The Potters dominated early proceedings.

A moment of individual brilliance from Bojan Krkic doubled Stoke’s advantage shortly after half-time, the Spaniard driving a low effort from outside the box into the bottom corner.

But, when Mark Hughes’ men appeared to be in an unassailable position, they took their foot off the gas. In an apparent role reversal, Stoke became exactly what their opponents had been for the majority of the match. Lacklustre, uninterested and too leisurely in possession.

Swans manager Francesco Guidolin brought on Jefferson Montero and Alberto Paloschi for Leon Britton and the ineffective Bafitembi Gomis respectively. And Montero shifted the balance of the game in Swansea’s favour, causing Phil Bardsley all sorts of problems down the left-hand side.

As the visitors intensified the pressure, Gylfi Sigurdsson pulled one back with just over 20 minutes of normal time remaining, before substitute Paloschi equalised just eleven minutes later to snatch a draw. 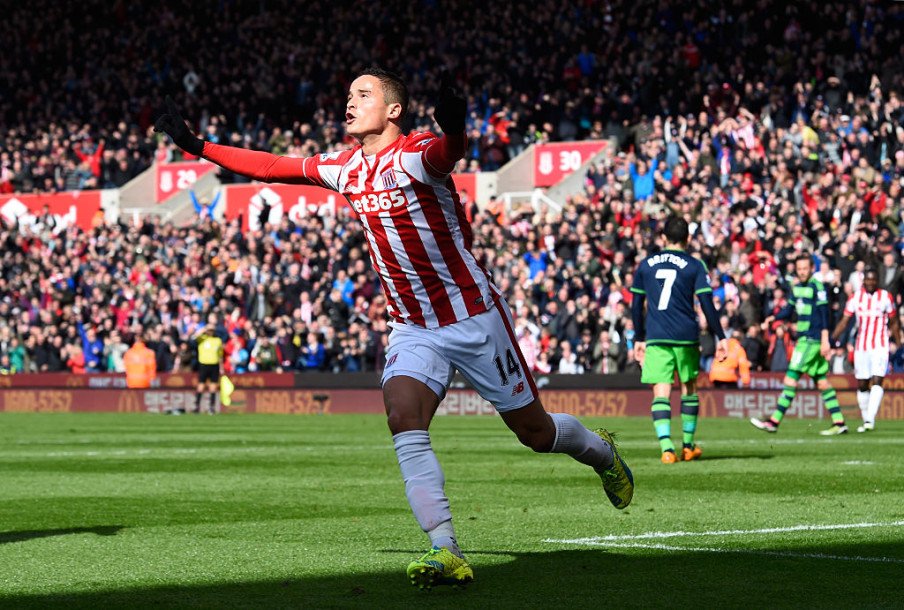 1-0 (Afellay, 13’): Marko Arnautovic received the ball on the left hand side of the box. He shifted the ball onto his right foot, getting the better of Angel Rangel, before crossing the ball towards Afellay at the back post. The Netherlands international directed his header into the right corner of the goal to give Stoke an early lead.

2-0 (Bojan, 53’): As he had done on a couple of occasions already, Bojan ran at the backtracking Swansea defence. This time, Bojan veered off to the left as he accelerated towards the box- opening up enough space to shoot with his left foot. The former Barcelona forward drove his effort from just outside the area into the bottom right corner- beyond the outstretching Fabianski.

2-1 (Sigurdsson 68’): Routledge produced a blistering run down the right and then drilled the ball into Sigurdsson’s feet on the edge of the box. The Iceland international turned onto his right foot and struck the ball past Haugaard to give the Swans hope on an afternoon when they had provided no reason to be hopeful.

2-2 (Paloschi 79’): The substitute managed to take the ball round the outside of centre-back Geoff Cameron, creating space for the shot, which deflected off Phillip Wollscheid into the left side of the goal to complete the comeback.

MAN OF THE MATCH 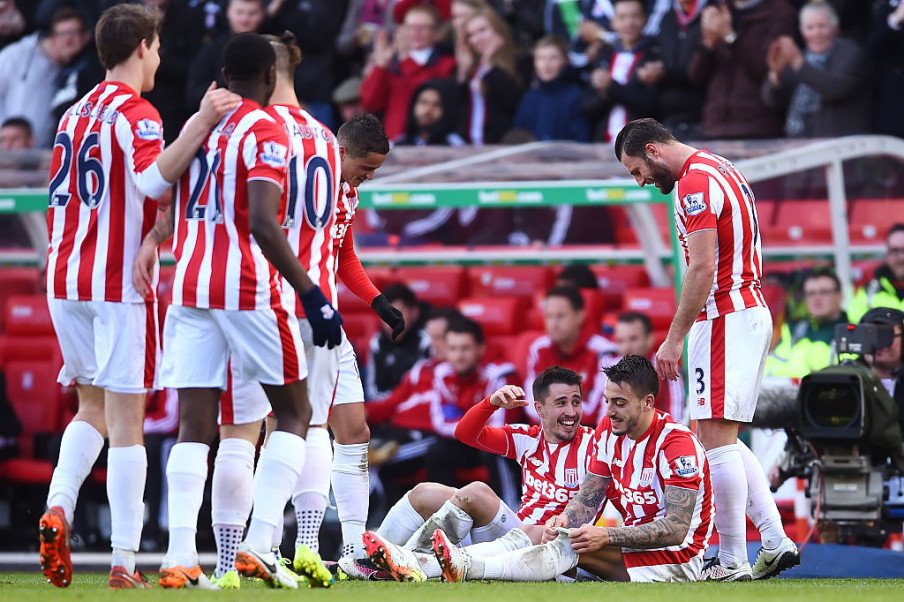 Bojan looked sharp throughout the match- successfully penetrating a ghost-like Swansea spine on several occasions. His intricate footwork and trickery caused many problems for Swansea and the 25-year-old’s goal was brilliantly taken. Unsure as to why he was taken off when he looked most likely to make the difference for the hosts.

The Potters will have to put the disappointment of failing to finish Swansea off when they travel to Anfield to face Liverpool on Sunday 10th April.