Stoke have lost just one out of their last six Premier League fixtures- a run that has given The Potters plenty of momentum as the season enters the final straight.

But Swansea are also on good form having suffered just three defeats in their previous 10 league matches, which has seen Francesco Guidolin’s side go 10 points clear of the relegation zone.

And such momentum means that Hughes is wary of Swansea’s potential to dent Stoke’s hopes of European qualification.

“They’re on a good run of form so they’re doing well. They have come good at the right time,” Hughes told the media at his pre-match press conference.

“That should make sure we’re on our metal and don’t underestimate the challenge that they offer.”

Of increasing concern to Stoke is the growing list of injuries within the squad.

Ryan Shawcross, Marc Wilson, Jon Walters and Xherdan Shaqiri are all ruled out of Saturday’s match, whilst Geoff Cameron, Glenn Whelan and Mame Diouf will face late assessments to determine whether they will feature.

The most notable absence is first-choice goalkeeper Jack Butlnd, who fractured his ankle during the first half of England’s 3-2 friendly win over Germany last Saturday.

The 23-year-old underwent an operation and will now be out of action for the rest of the season, as well as this summer’s European Championships.

But, despite the inevitable disappointment, Hughes is confident that Butland will come back a stronger character ahead of the next Premier League campaign. 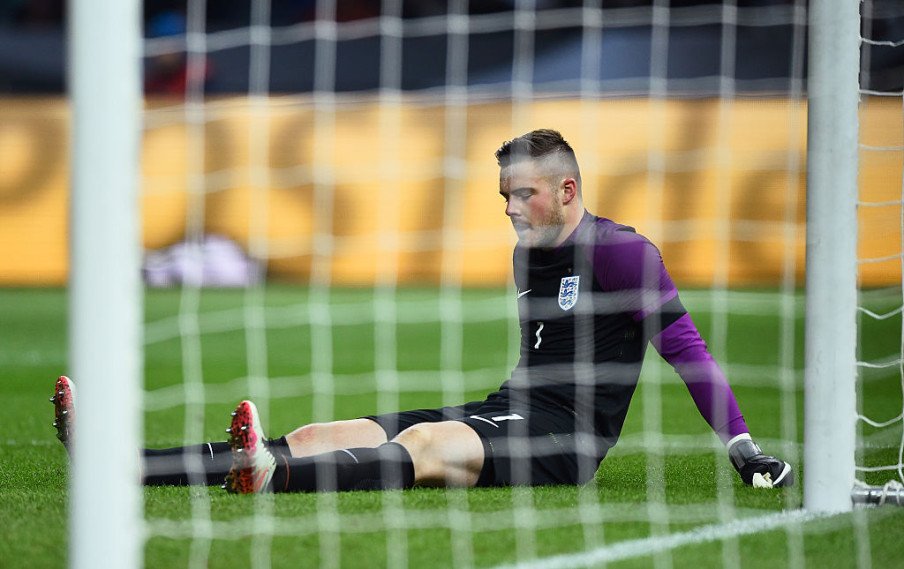 “Obviously, we’re disappointed for him. He has played a big part in our season up until now,” Hughes stated.

“But he’ll come back stronger. By all accounts, the operation was successful so we fully expect him to be fit and raring to go come the beginning of the pre-season period.

“He has had an outstanding season. Unfortunately, he won’t have the opportunity to finish off with us or to play in the Euros but he’s a strong character and will deal with the situation.”

Just seven games remain of what has been an enthralling Premier League season.

With Stoke on track to surpass last season’s achievements and European qualification still a real possibility, Hughes is targeting a strong end to the season.

“We’re ahead of where we were this time last year. We’re something like four points ahead at the same stage,” he explained.

“We’ve got seven games to go- four at home and three away. They’re all games where we feel we can get good points on the board.

“Once again we’re coming strong at the end of the season, which is the time when you need momentum so we hope to keep that going.