In what is a great day for Stoke City, 23 year old star goalkeeper Jack Butland has penned a new five and a half year new deal which will keep him at The Britannia until the summer of 2021.

The young Englishman has a great career ahead of him and many will be relieved to hear the news that he has committed at least five years of it to Stoke, the club where he earned his reputation of being a top class keeper. 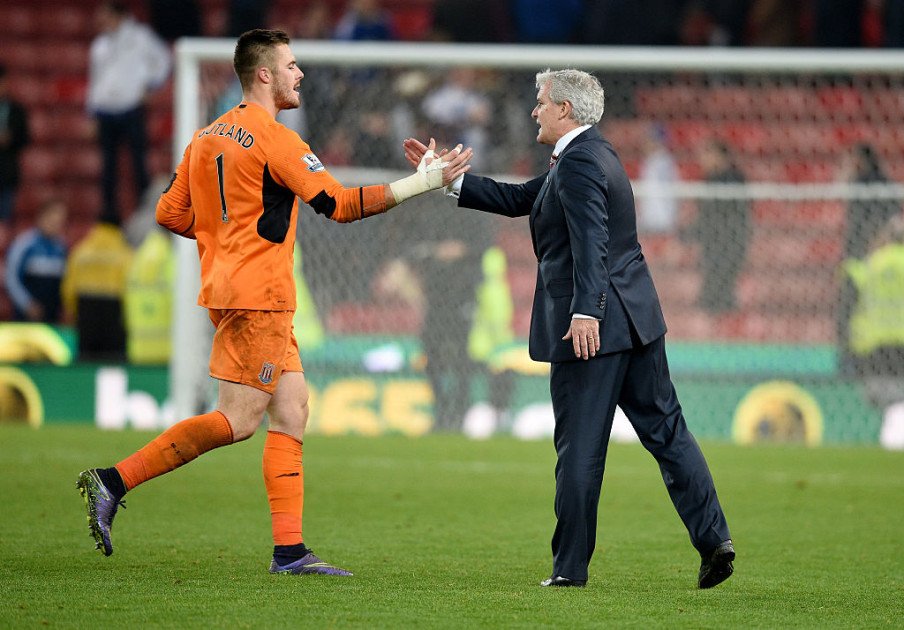 Stoke Chief Executive Tony Scholes had a say on the matter after Butland renewed his deal:

We are naturally delighted that a player of Jack’s quality has signed a long-term contract.

We’ve always held Jack in the very highest regard but he has exceeded even our expectations since Mark selected him as our first choice goalkeeper.

As a Club we feel it’s important that we tie down our talented young players on lengthy contracts and Jack’s new deal is a fitting reward for his progress this season.

It’s onwards and upwards for Butlands career at this point and his next target will be to become the England number 1, and to get some silverware under his belt. Fingers crossed he can do it with The Potters!