MARK HUGHES was full of praise for new signing Giannelli Imbula, who opened the scoring in Stoke’s 3-1 win away at Bournemouth on Saturday.

The Potters broke their transfer record on deadline day by splashing out £18.3m on the Porto midfielder.

And his impressive volley at the Vitality Stadium will have gone some way to repaying the faith show by Hughes.

“It was a great strike from Giannelli Imbula,” the Welshman told Sky Sports.

“I thought he was great all game today. He has only had two games for us, but has shown quality and class on the ball and so is going to be a big player for us.

“It is still early days, but it is a lot easier [to settle in] if you are a quality player. He is one of those players who you feel has time on the ball, which has always been a sign of a quality player.

“And he is a player of real ability and stature who we feel will be with us for many years to come. So we are really pleased with what he has produced in the two games he has played for us and we anticipate he will be exactly what we are looking for.”

Nonetheless, the former QPR and Manchester City manager is not getting too carried away just yet, with Imbula having only played two games for his new club.

“It is early days, like I said, but he has shown good intent and is prepared to work really hard for the team as well, which he had to do today,” Hughes commented.

Ibrahim Afellay and Joselu added goals in quick succession to give Stoke the ascendancy shortly after half-time. 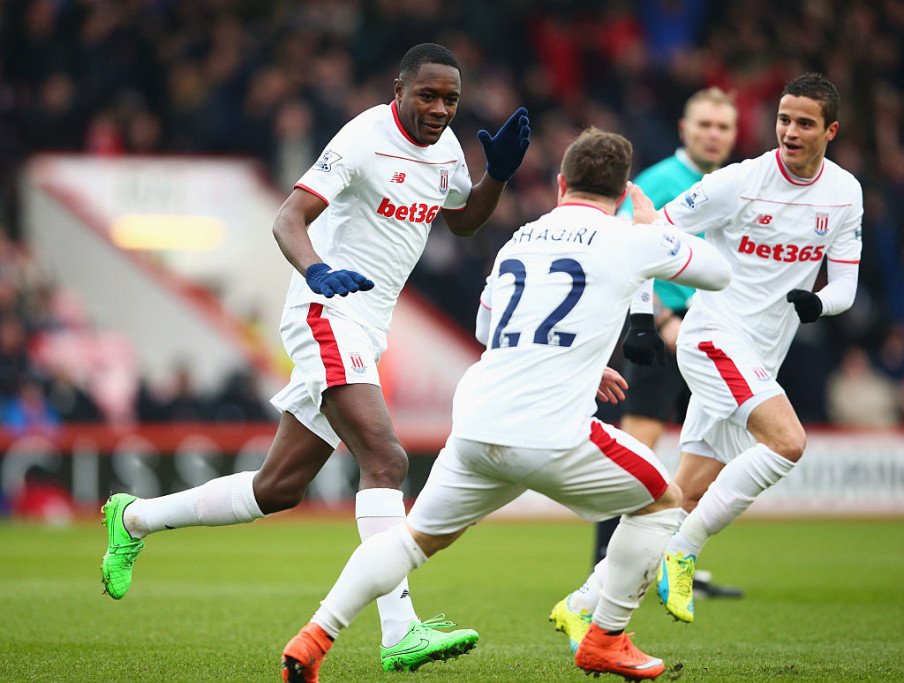 And Hughes was pleased that his team returned to winning ways following three successive 3-0 defeats in the league.

“I thought that right from the off we had a good shape and intensity to our work,” the 52-year-old said.

“Bournemouth came out quite quickly with a lot of intent and tried to put us under pressure. But I felt quite comfortable with what we talked about before the game in terms of what we wanted to do in the game.

“Obviously we conceded a little bit more of possession today, allowing them to come on to us knowing full well that we had players who were capable on the break of causing them problems.

“And that is how it panned out. We got the first goal, which was obviously important as the Premier League stats back up that if you score first, you have a better opportunity to win the game. We talked about that and wanted to get on the front foot.”

Bournemouth pulled one back courtesy of an impressive strike from Matt Ritchie with over half an hour remaining.

But, despite suffering a couple of injury setbacks, Hughes never felt that Stoke were in danger of capitulating.

“They obviously came back into the game with a great strike from the lad Ritchie. But at that point we were struggling somewhat with injuries and having to make do with centre-forwards at right-back and the like,” he added.

“But as I said, there was a real focus and intensity to our work and we were not to be denied today.”